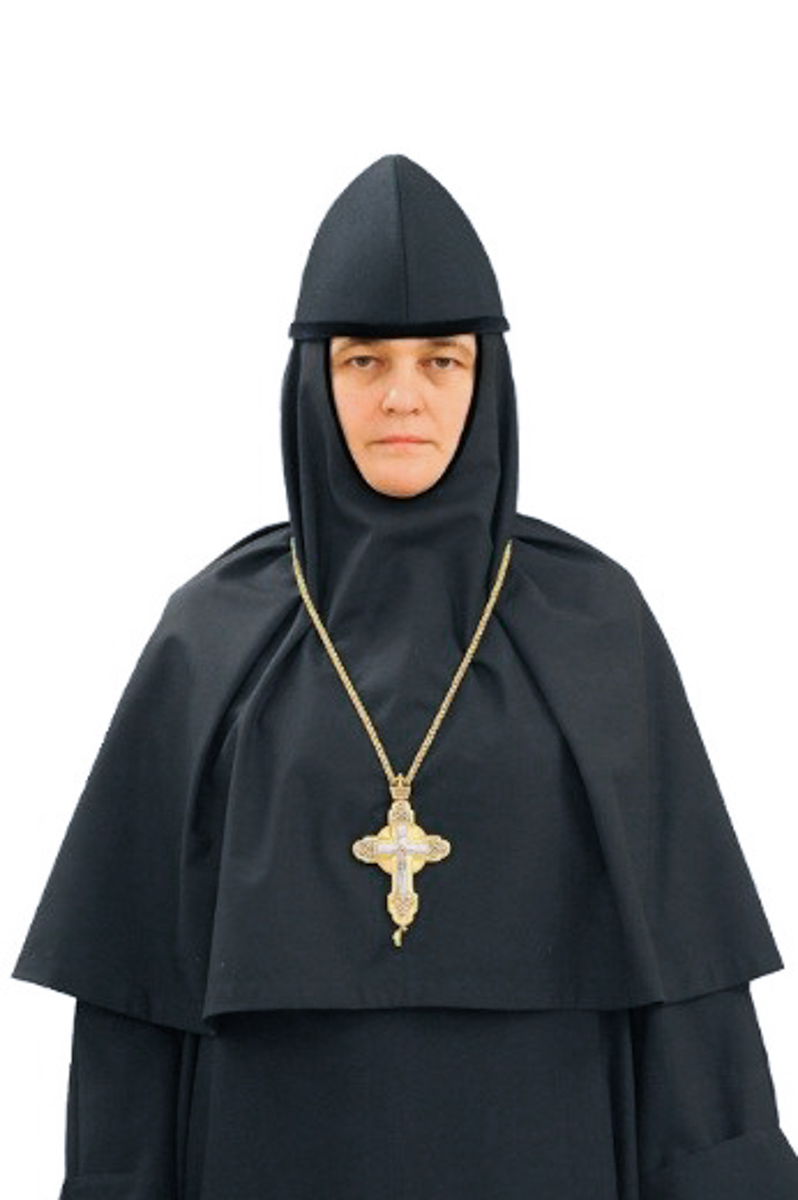 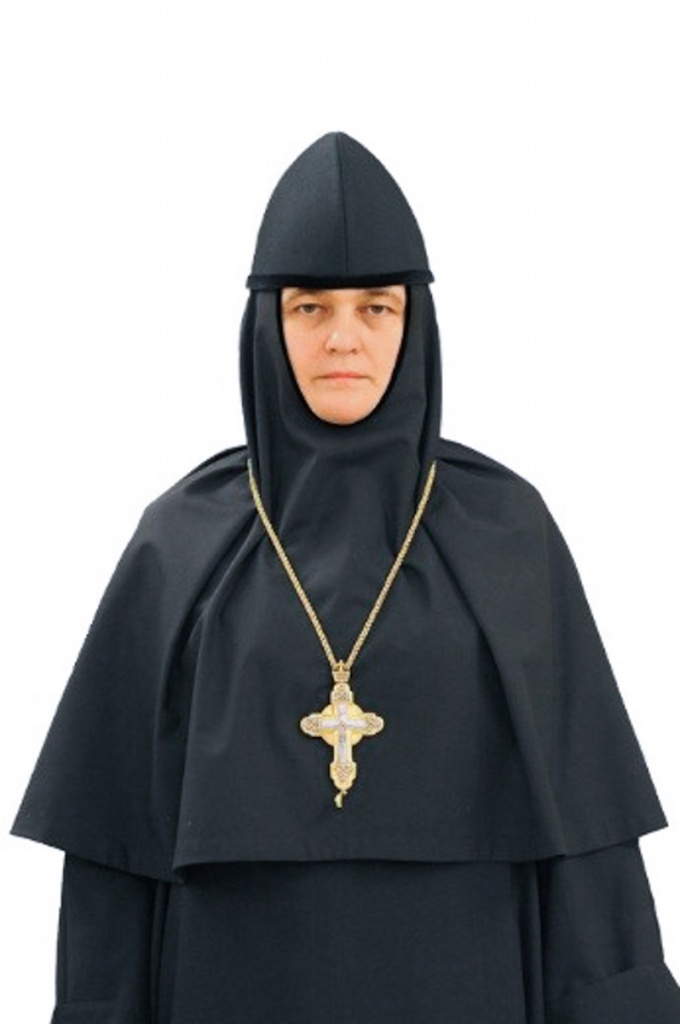 The Mother Superior Feofaniya (Miskina Olga Dmitriyevna) was born on July 2, 1965 in а large religious family. Her parents had 9 children, and all of them have connected their lives with service to God and people in certain ways. From early ages, she attended services at the Trinity Lavra of St. Sergius, where she later studied to become a Regent. 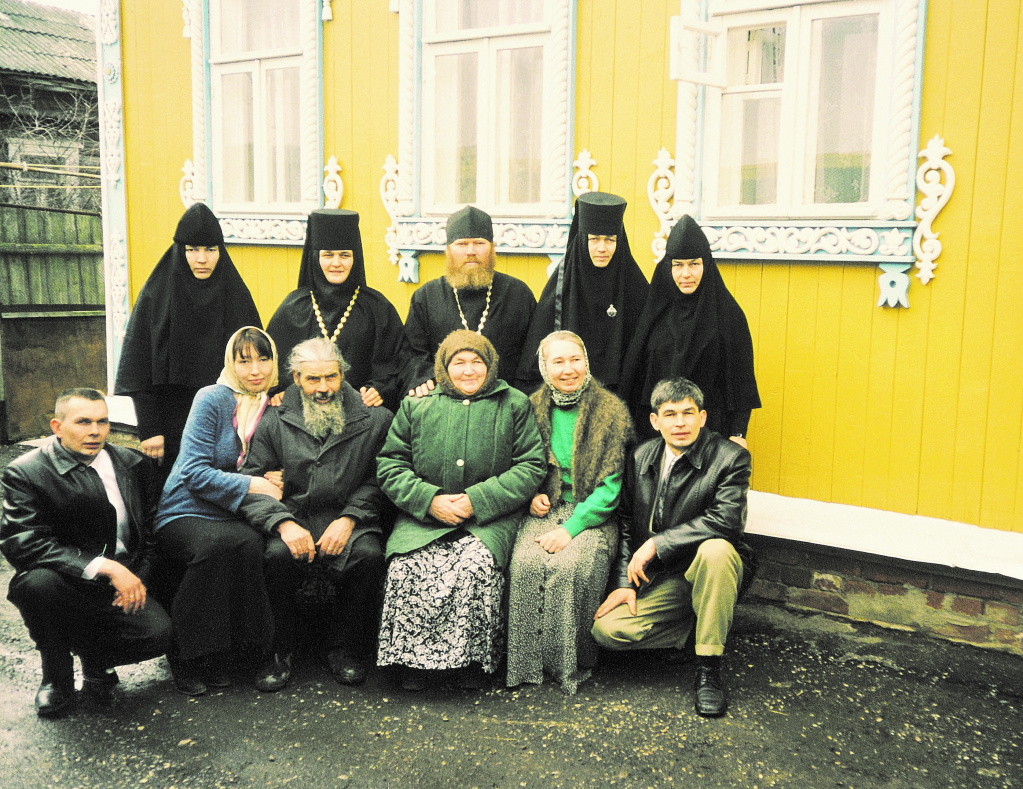 The future abbess began her monastic path in 1987 in Koretsky convent. Here novice Olga was assigned a work at the garden, cowshed, she painted roofs and domes, and then she began to help sew the episcopal vestments. In 1988 the novice Olga was taken away to Moscow, to help at Patriarchy during the celebrations devoted to the 1000 anniversary of the Christianization of Kievan Rus'. She was a house-keeper, she was responsible for provision, sewed monastic robes, cleaned. On November 04, 1990 on the holiday of the Kazan icon of the Mother of God she has been admit to the veil with leaving of a former name. 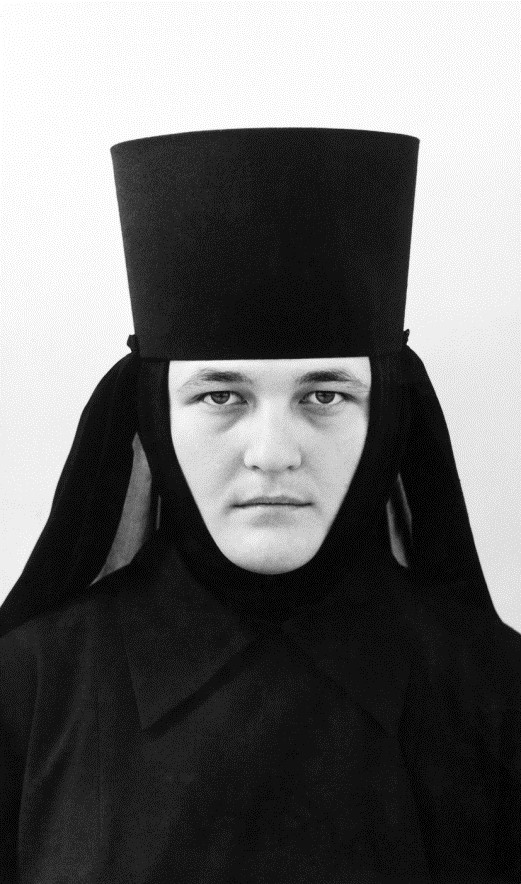 In the autumn of 1992, by blessing of the Most Saint Patriarch Alexy II, according to the application, the nun Olga has been sent to newly opened Sacred and Troitsk Serafimo-Diveevsky convent. She loved Reverend Seraphim of Sarov very much. At Diveevo she was assigned a work of the storekeeper of church utensils, and furniture, she sewed, read and sang on a choir. She lived in Mother Superior building with hegumenes Sergiya. The nun Olga went to get provision, she was responsible for buying all necessary for monastery restoration. 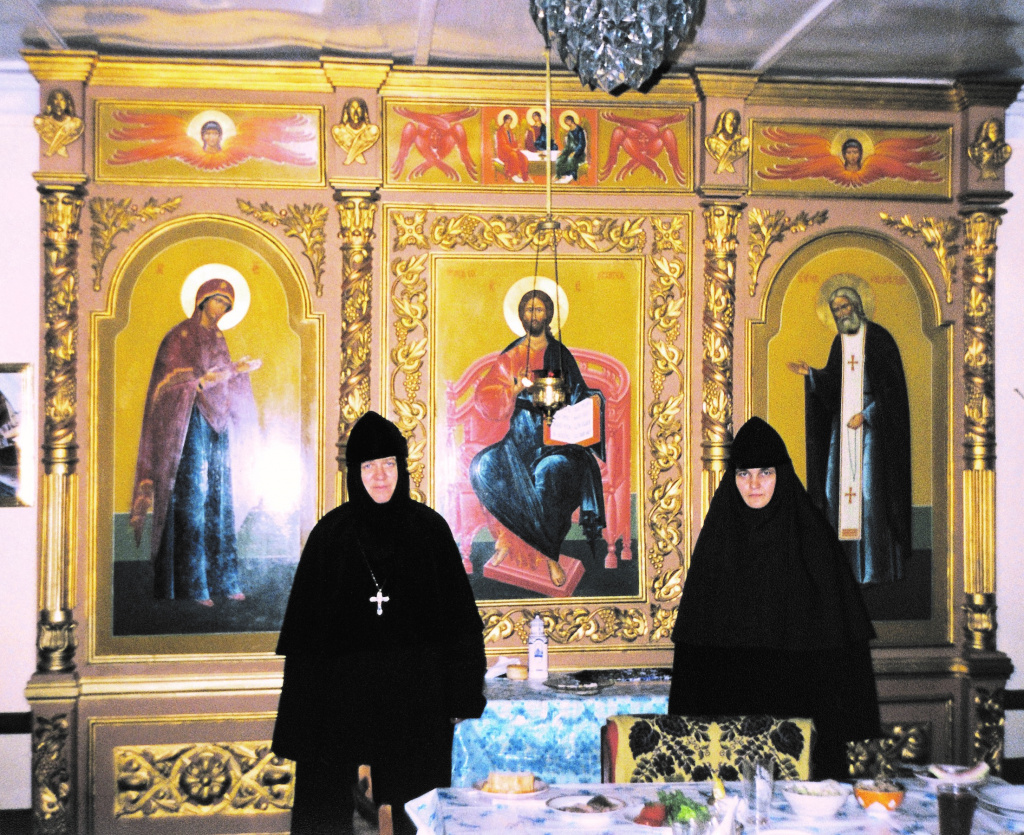 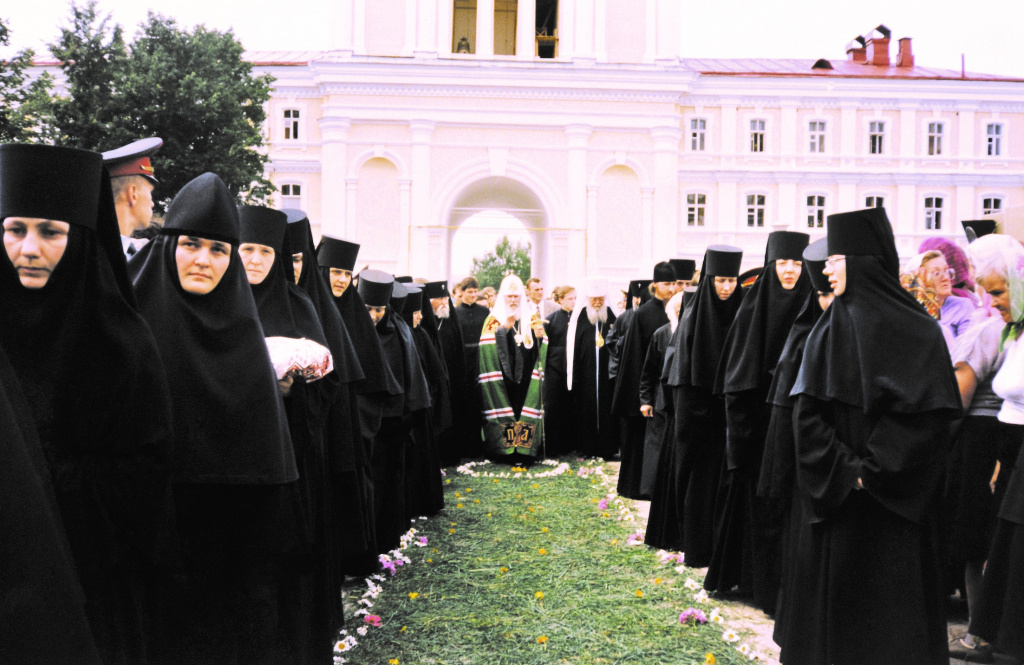 On the 22 th of February 1995 she was appointed to be the mother superior of the Pokrovsky Convent of Moscow by the decree of the Most Saint Patriarch Alexy II. On April 14, 1995 she has been made a nun by the Most Saint Patriarch of Moscow and all Russia Alexy II in the Cross temple of the Vladimir icon of the Mother of God of the Moscow Patriarchy with a name Feofaniya in honor of the blessed queen Feofania .

By God’s Providence, Mother Feofania was able to revive the ancient Moscow monastery in unprecedented beauty from scratch. 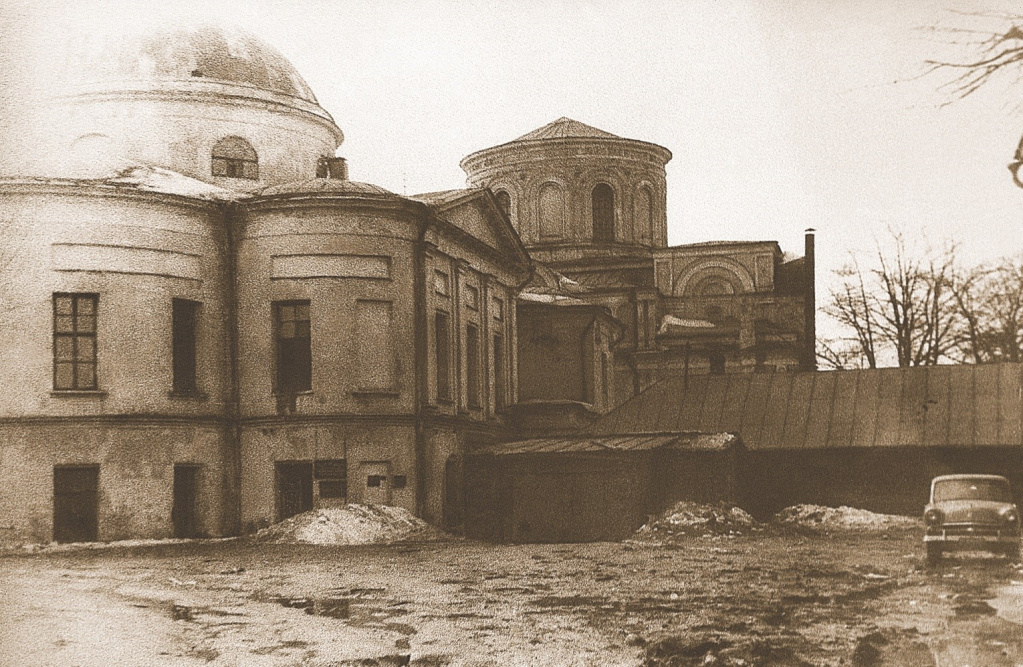 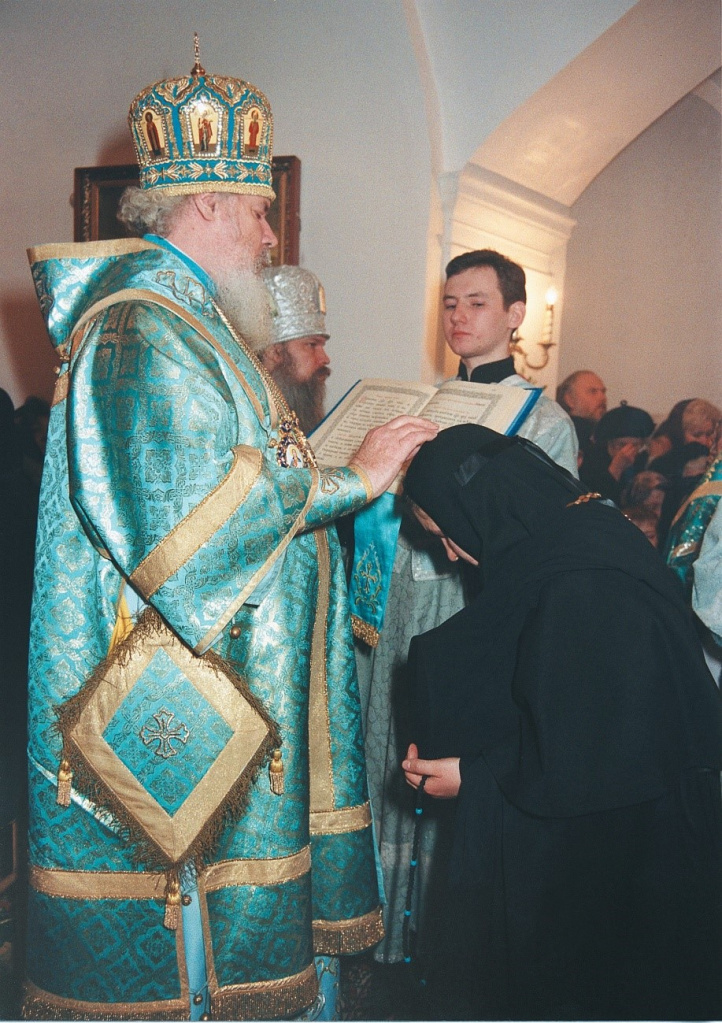 20 years after this event, the Pokrovsky Convent was completely transformed: the churches, the Abbot's, sister's, and household buildings, walls, and towers were restored, and a vast territory was landscaped. A Convent hotel and a chapel with a prayer house were restored on this historical site. There are 3 monastic farmsteads in Moscow and in Moscow region. The Convent has a children's shelter and an Orthodox gymnasium. 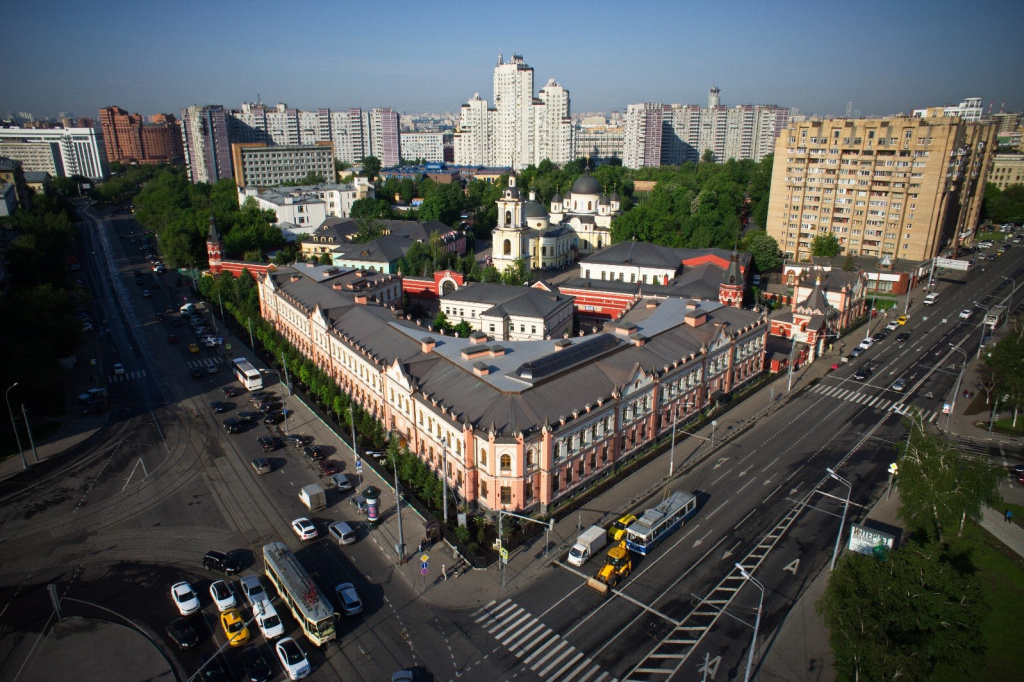 In total, during the years of abbess Mother Feofania revived 8 churches (including 18 thrones), restored and rebuilt more than 50 buildings, completely landscaped the territory of more than 20 hectares, where she planted more than 1,500 trees and shrubs with her own hands. 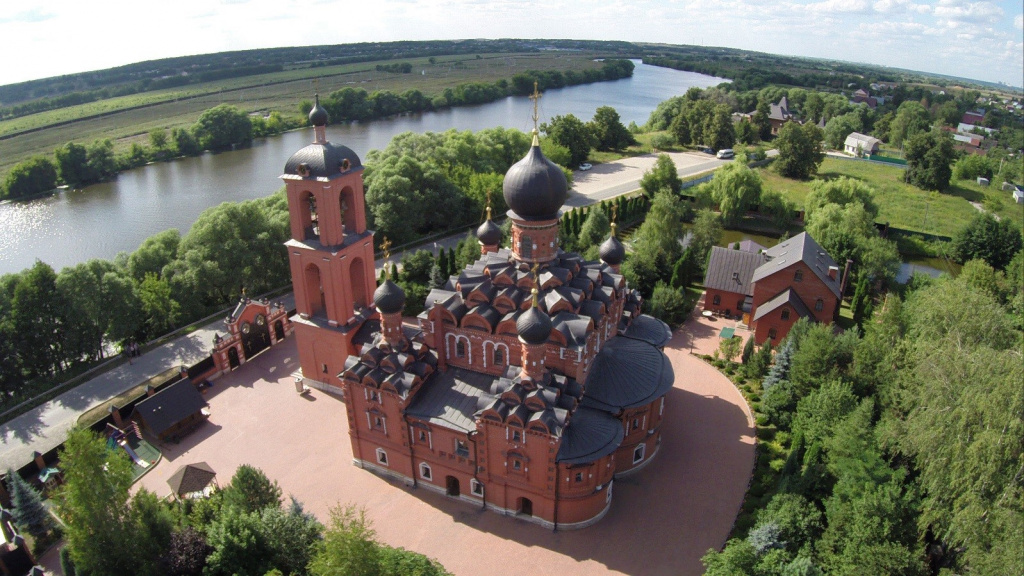 There are 60 sisters in the Pokrovskaya monastery, and 40 girls are brought up in a monastery orphanage. There are 100 children in the Orthodox gymnasium. 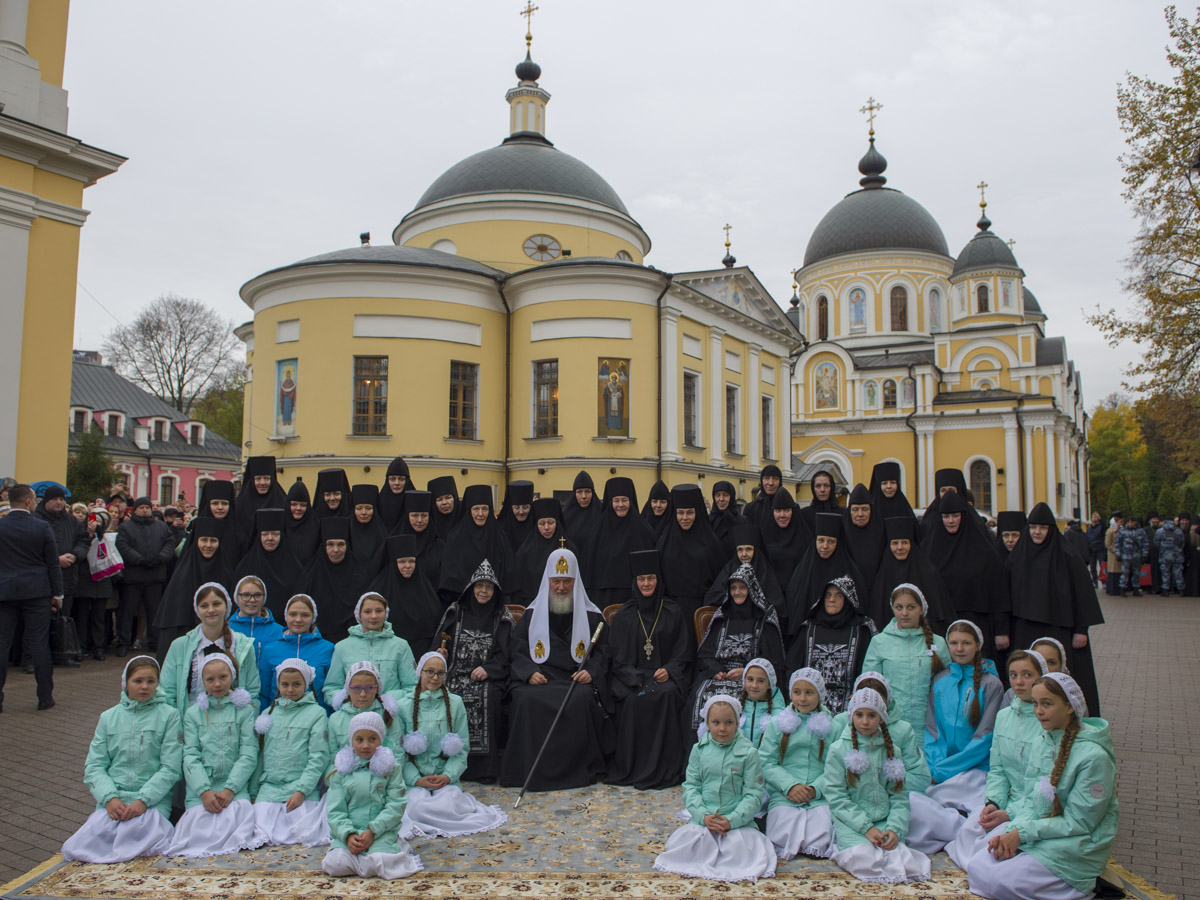 The Pokrovsky Convent is one of the most visited monasteries in Russian capital today. Several thousand pilgrims come to worship the relics of the blessed Matronushka of Moscow every day, and on holidays – tens of thousands. In the temples of the Convent and its farmsteads, Church Sacraments are performed. During the year, more than 1,500 people receive Holy Baptism here, and many couples get married. 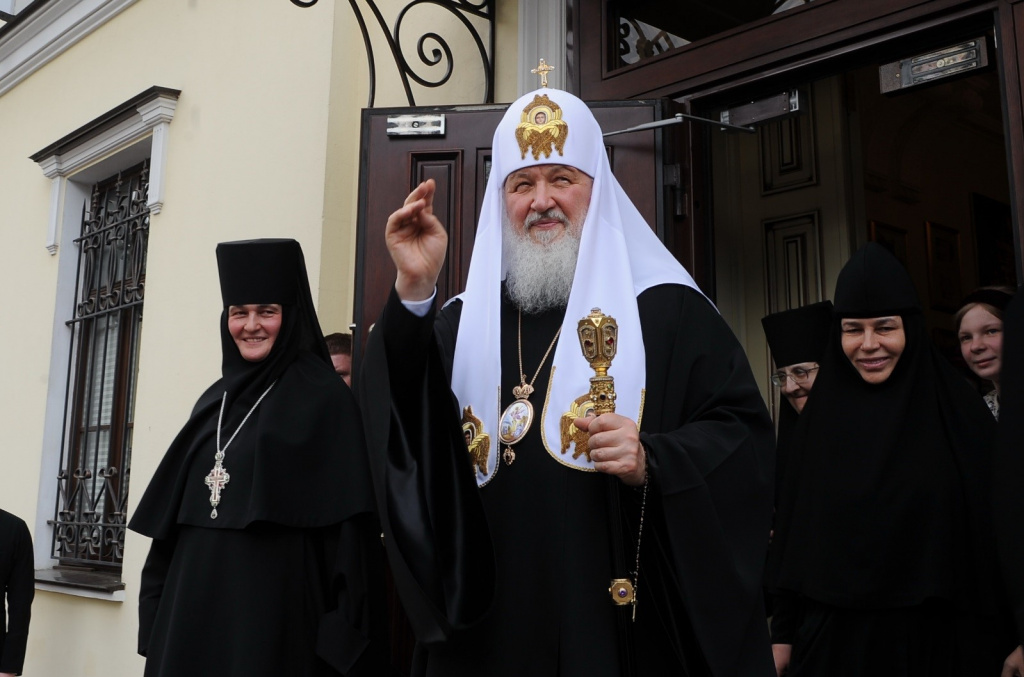 The abbess of the Pokrovsky Convent hegumeness Feofania received the following awards:
On 24th of March, 1990 she was awarded with a medal of Russian Orthodox Church of the Saint blessed prince Daniel of Moscow by the Most Saint Patriarch of Moscow and all Russia Pimen in connection with the 400 anniversary of establishment of Patriarchate in Russia. 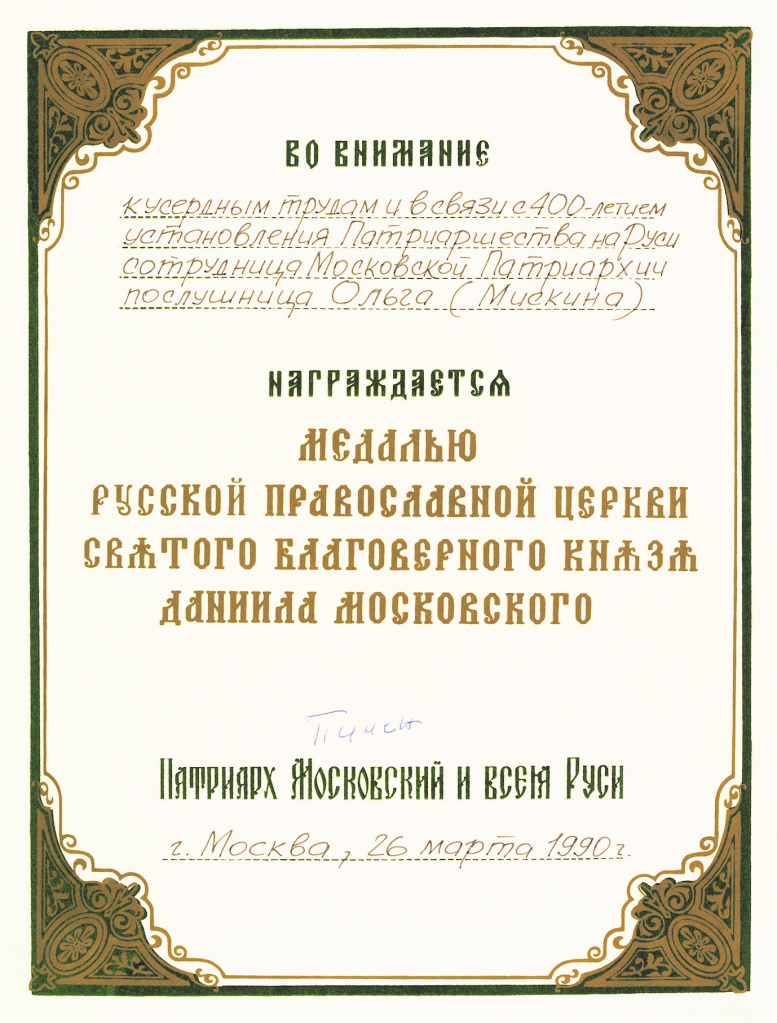 On 13 th October, 1996 she was awarded with a pectoral cross by the Most Saint Patriarch of Moscow and all Russia Alexey II.

On the 4 th of April, 1998 she was elevatered to the rank of hegumeness by the Most Saint Patriarch of Moscow and all Russia Alexey II. 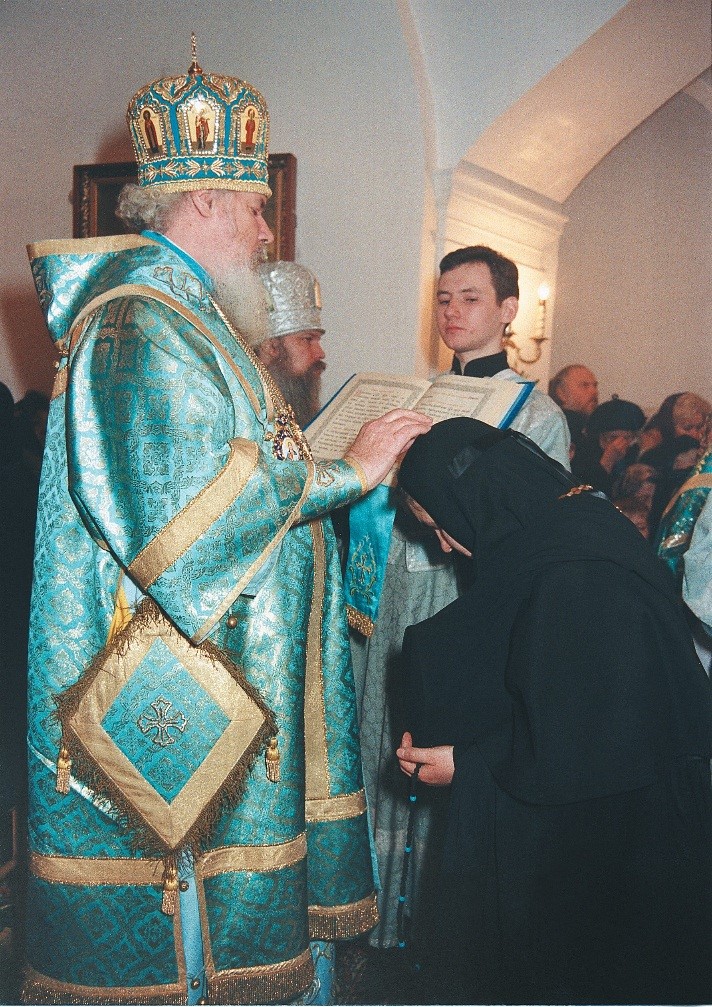 On the 1st of May, 2002 she was awarded with a baculus as the mother superior of the convent by the Most Saint Patriarch of Moscow and all Russia Alexy II. 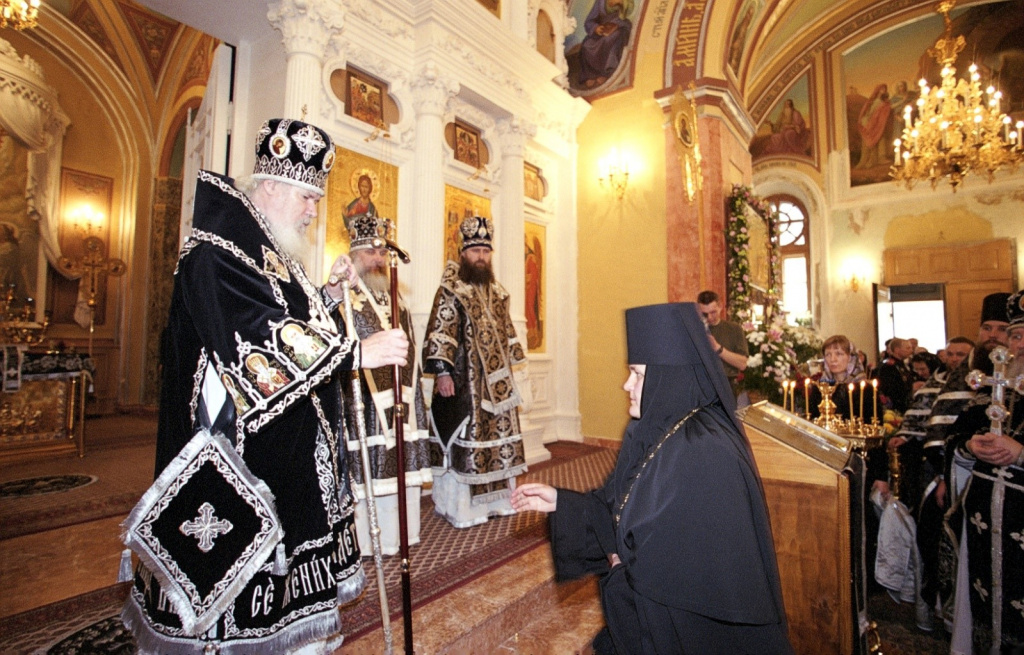 On the 22 nd of November, 2003 she was awarded with the right of carrying a cross with jewelry by the Most Saint Patriarch Of Moscow and all Russia Alexy II.

In 2005 she was honored with national award "Person of Year-2005" for restoration of the Pokrovsky Convent and revival its monastic life.

On the 27th of June, 2008 his Holiness Patriarch Alexy II of Moscow and all Russia awarded Mother Superior with the commemorative medal "1020th anniversary of the Baptism of Russia". 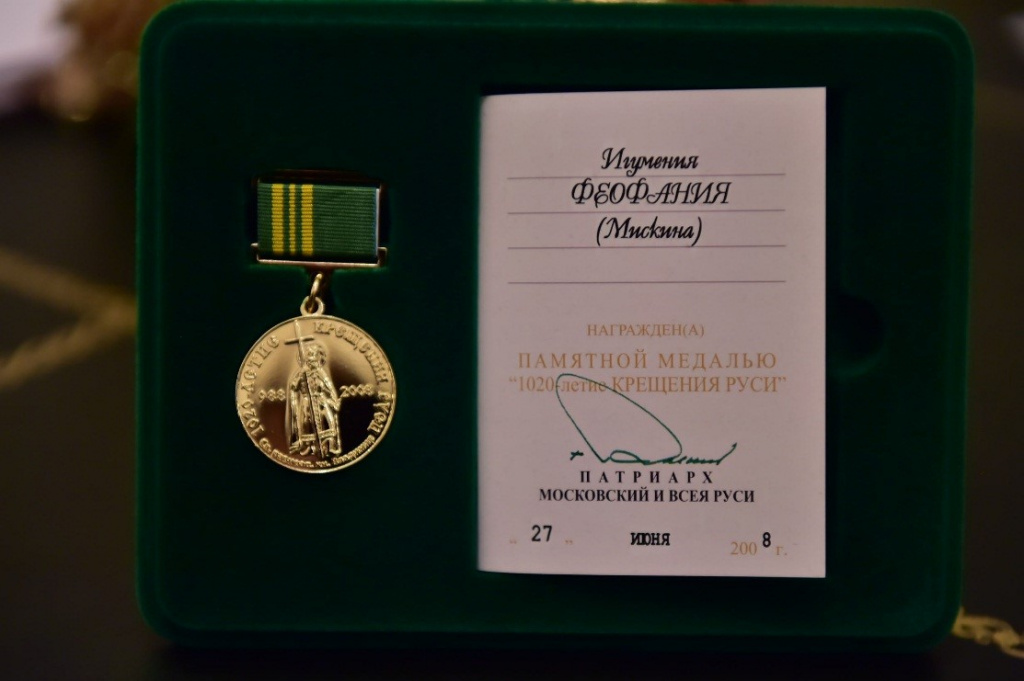 On the 24th of January, 2012 she was awarded with the order of the Saint apostle Mark by the most blessed Patriarch of Alexandria and all Africa Feodor. 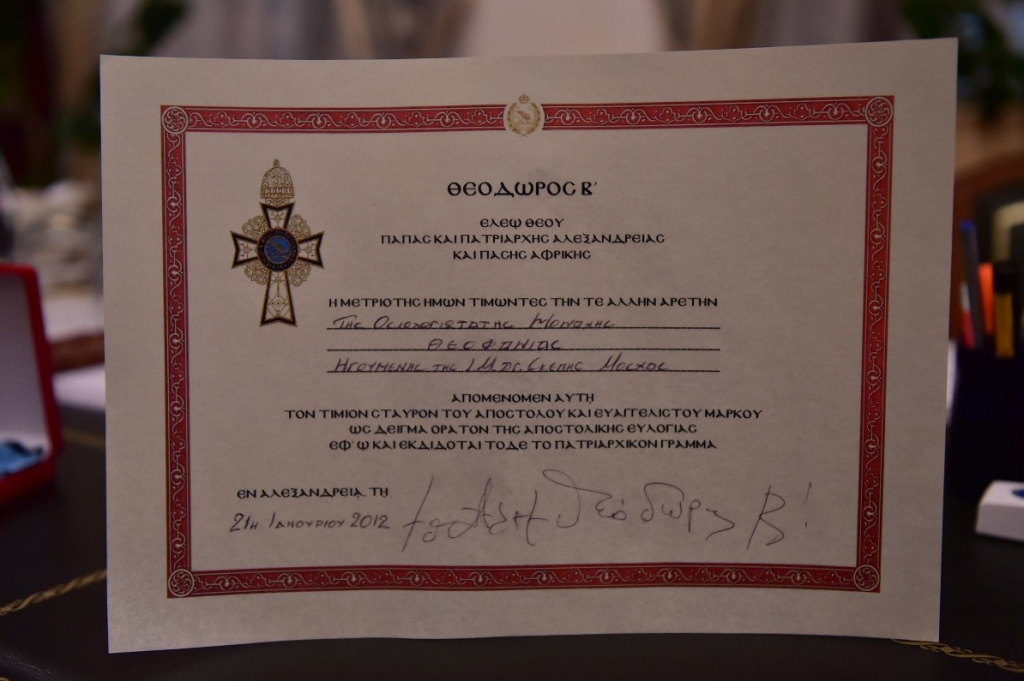 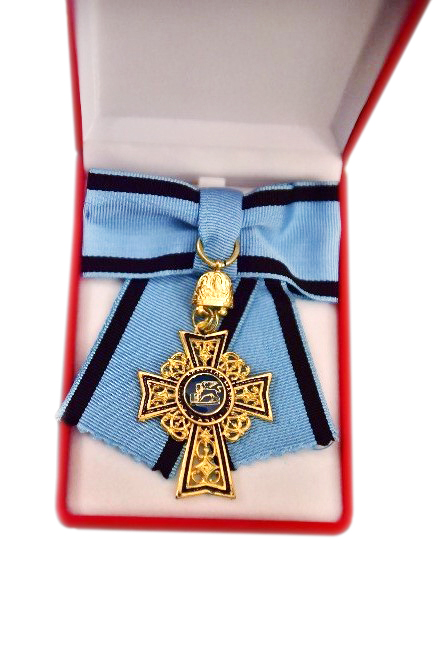 In 2014 she was awarded with the memorable sign "the 700 anniversary of reverend Sergey of Radonezh" by the Most Saint Patriarch of Moscow and all Russia Kirill. 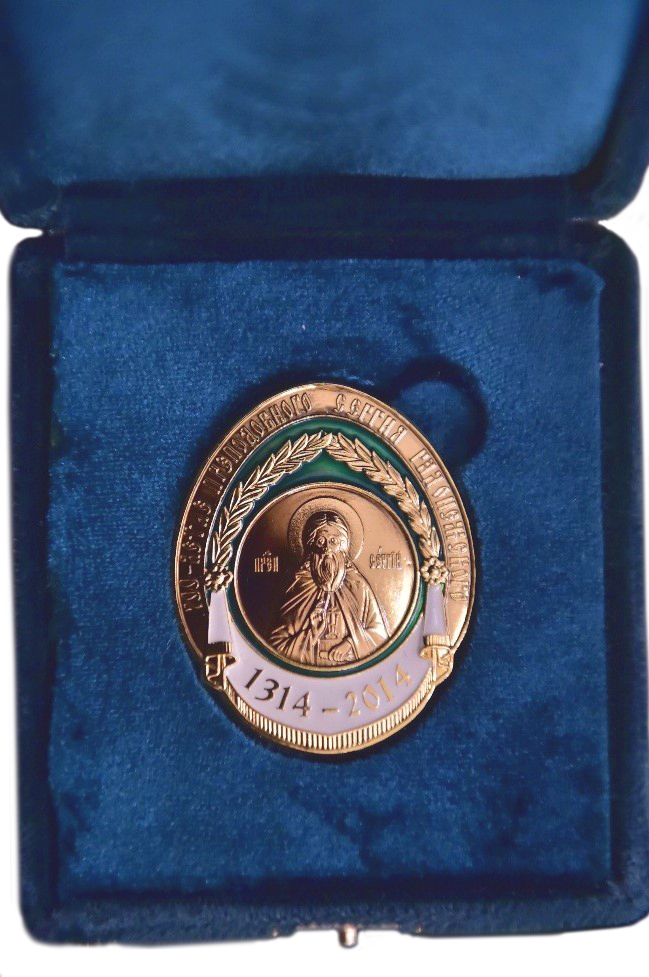 In 2015 the mother superior of the Pokrovsky Stauropegic Convent of Moscow Mother Superior Feofaniya (Miskina) has been awarded with the Order of St. Apostolic Princess Olga of the II degree as a reward for diligent work for the Church benefit and in connection with her 50th anniversary. 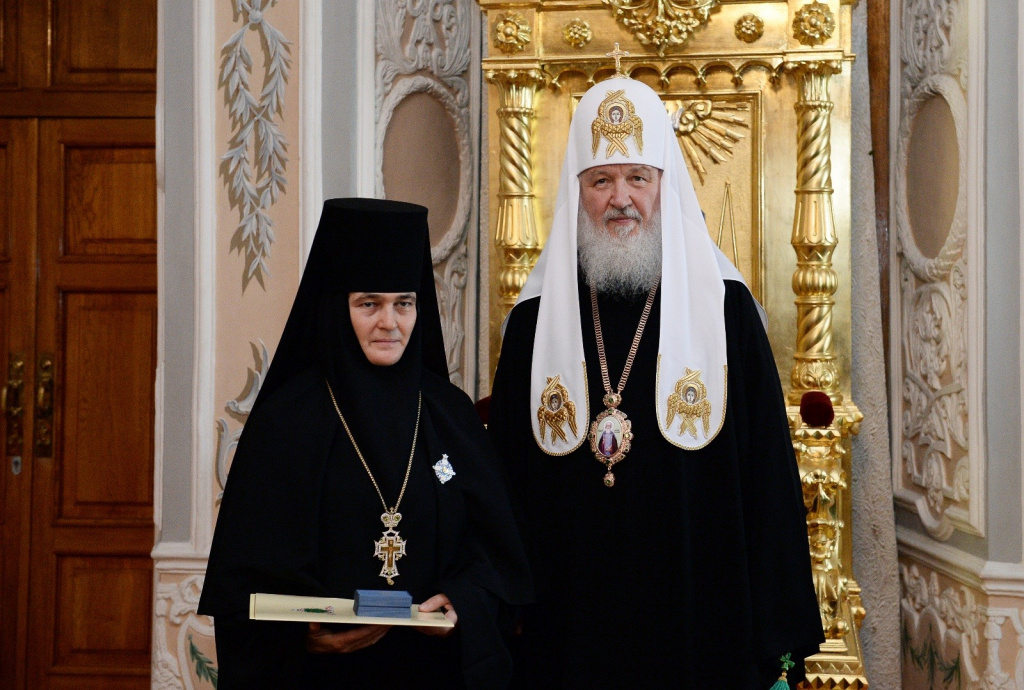 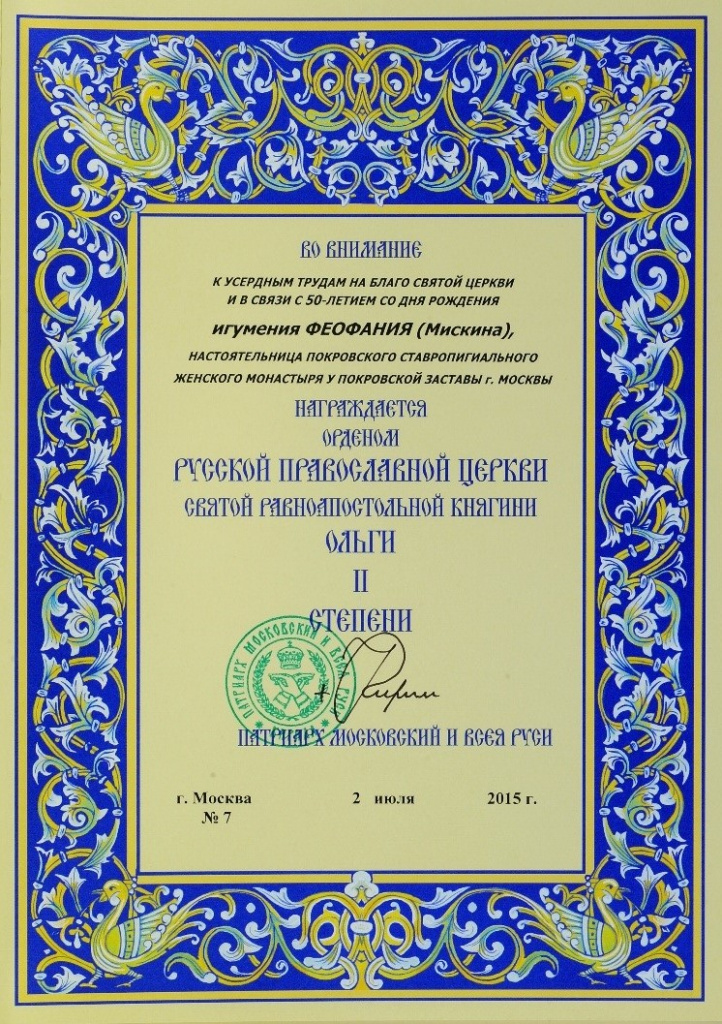 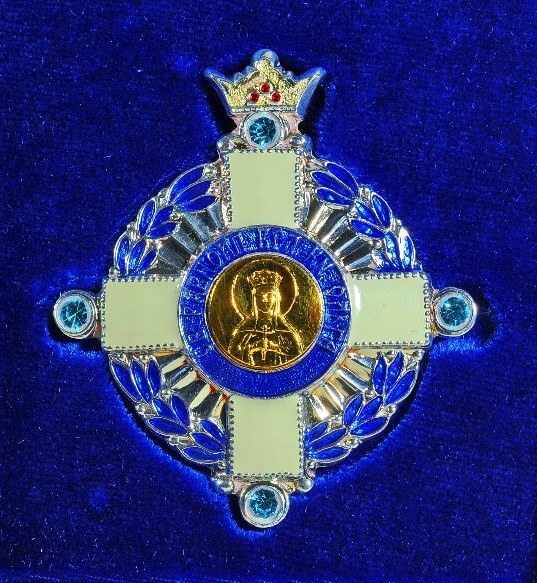 In 2017 the Most Saint Patriarch of Moscow and all Russia Kirill awarded her with the Order of St. Apostolic Princess Olga of the III degree. 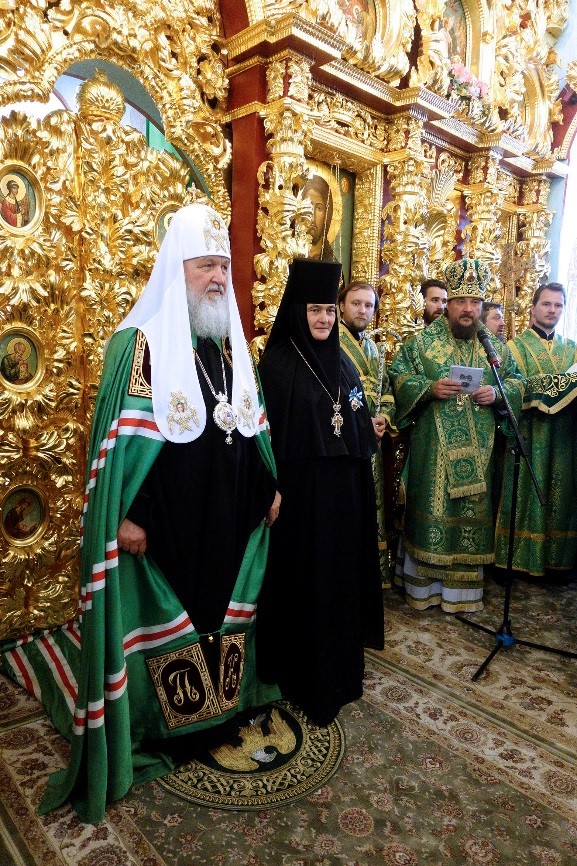 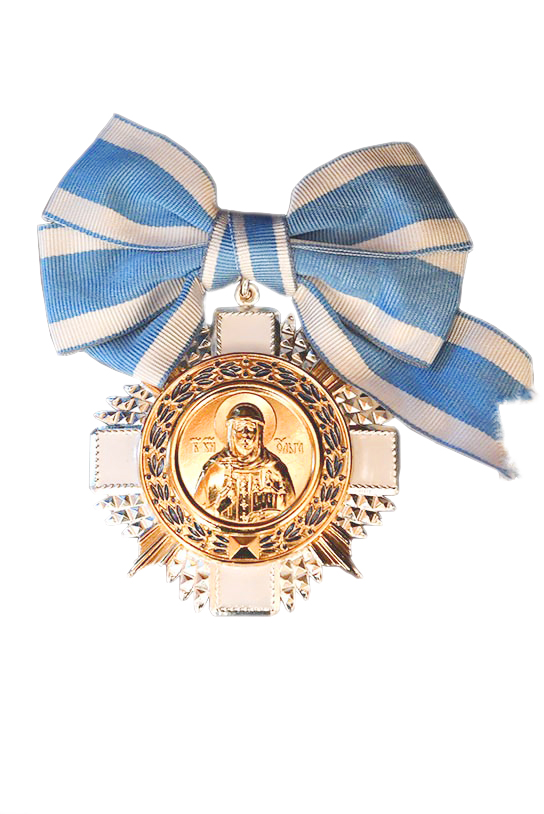 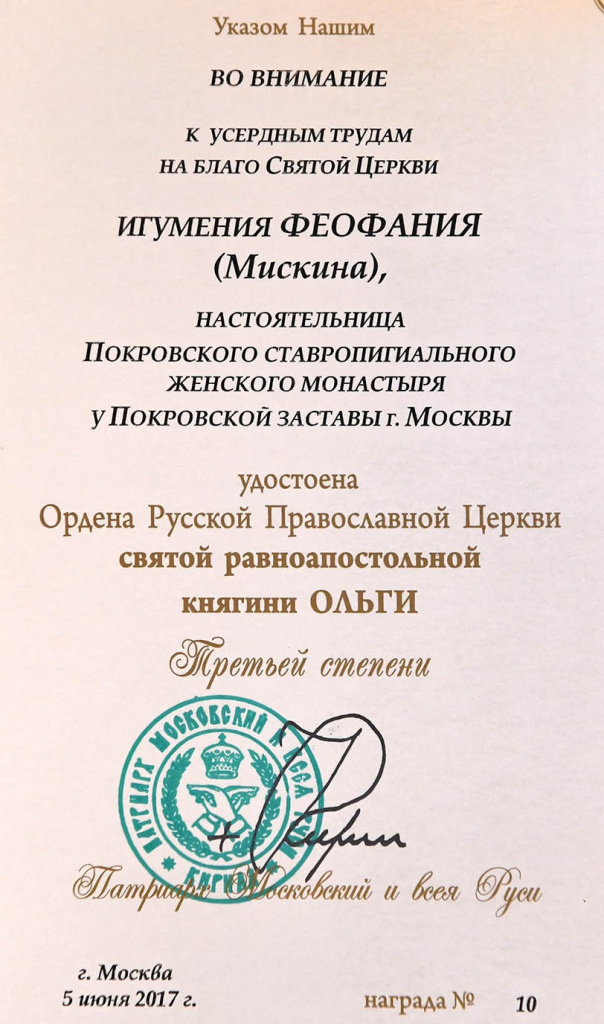 On the 14th of December, 2017 she was awarded with the Certificate of honor of the Moscow City Duma for the merits before city community. 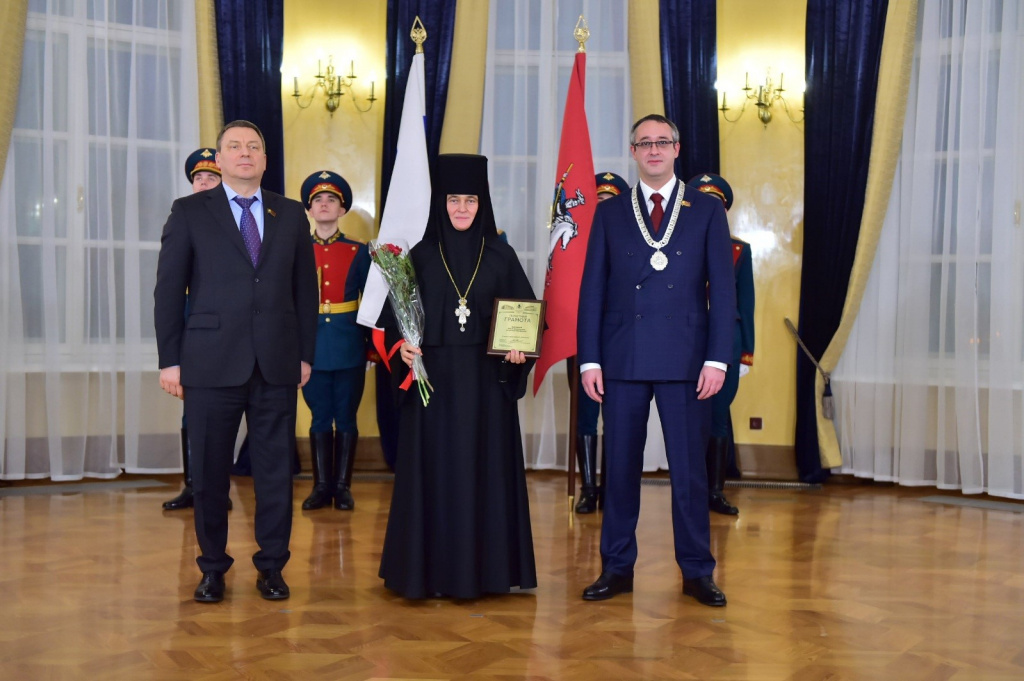 On the 08th of March, 2018 she was awarded by his Holiness Patriarch Kirill of Moscow and all Russia with the jubilee medal " in memory of the 100th anniversary of the restoration of the Patriarchate in the Russian Orthodox Church» 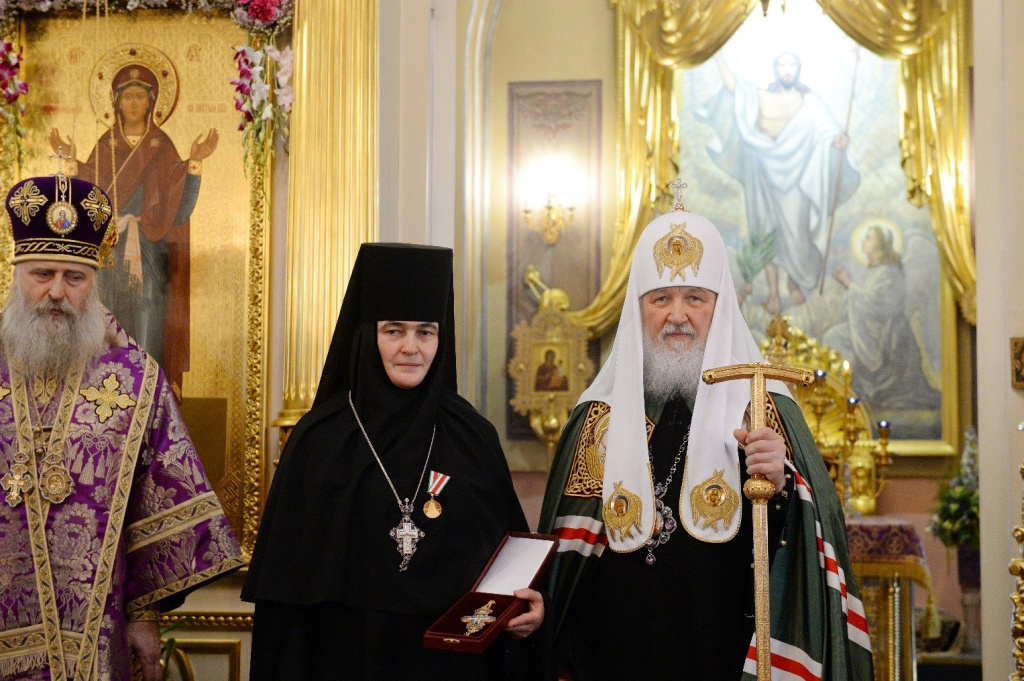 On the 21st of July, 2018 in consideration of her work for the benefit of the Holy Church, abbess Feofania (Miskina), abbess of the Pokrovsky convent at the Pokrovskaya Zastava in Moscow, was awarded a Patriarchal diploma. 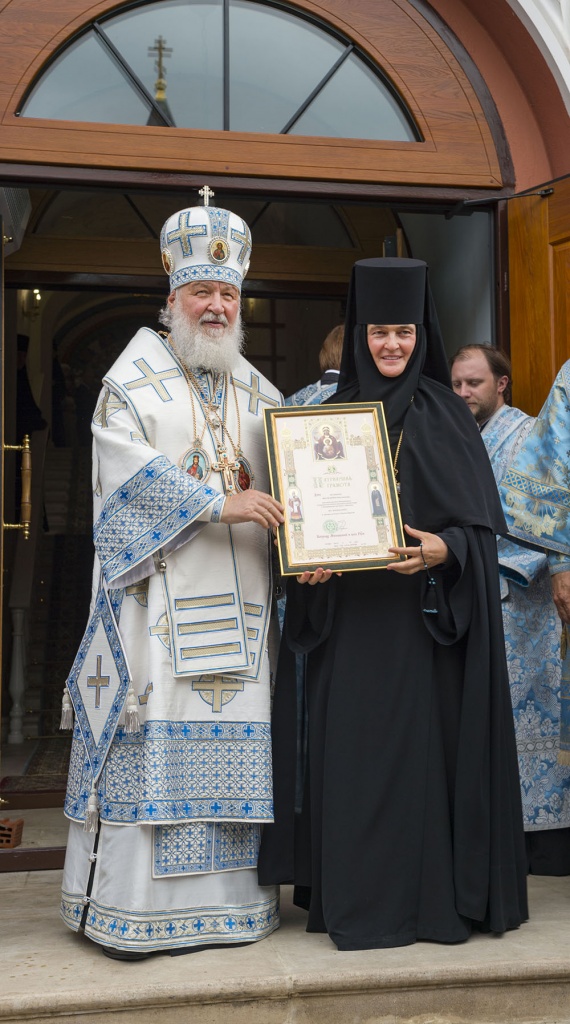 On the 27th of November, 2018, in the Catherine hall of the Moscow Kremlin, the President of the Russian Federation Vladimir Vladimirovich Putin awarded the order of merit for the Fatherland of the IV degree to abbess of Pokrovsky Convent in Moscow, abbess Feofania, for her great contribution to the development of spiritual and moral traditions, preservation of cultural heritage, and active charity work. 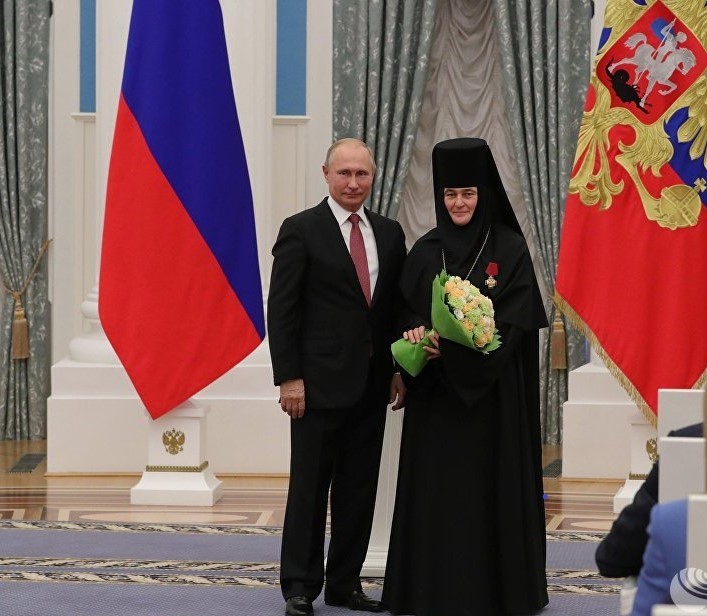 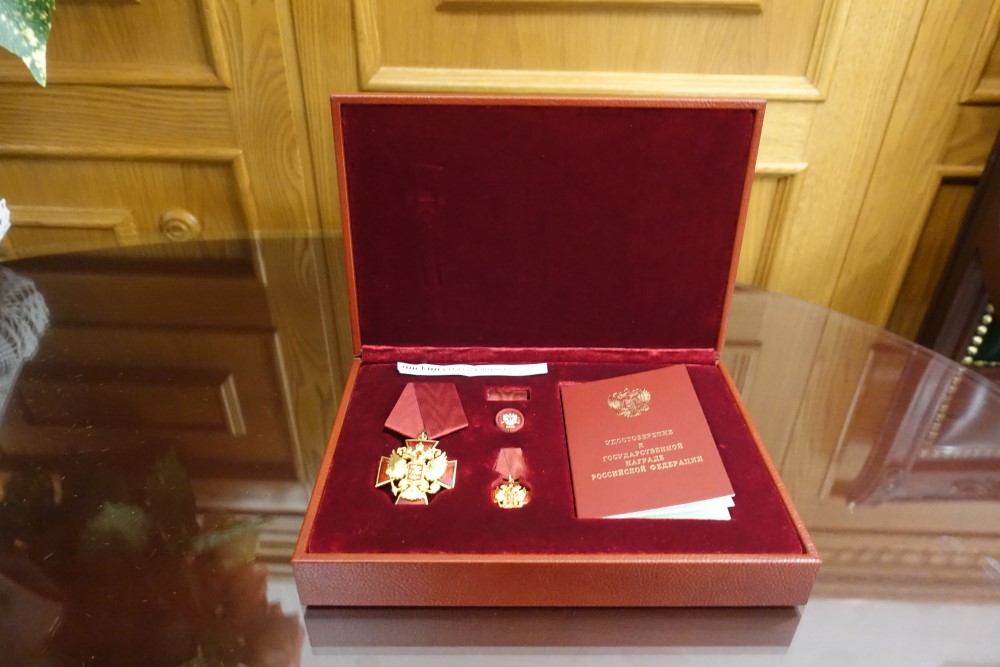